What is your expert opinion of my new Dress? 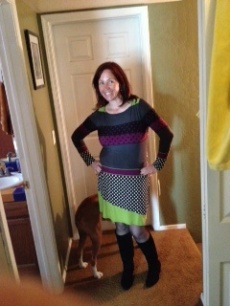 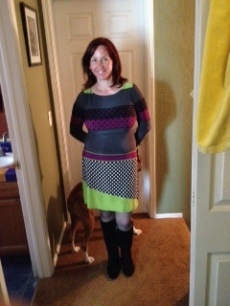 Return to the store ASAP and put a warning sign on it for other potential buyers.  Love, Becky

It’s been opposite day now for a very long time. As distasteful as she is, Debbie Wasserman Schultz and de facto party leader Barack Obama have done an excellent job getting the one time party of the big tent to toe the mark.

Meanwhile, a scattered GOP continues to flounder and stay the stupid course. Out here in the west and amongst conservatives, the consensus is we lost and lost big because we moved to the middle. The triumph of 2010 was due to pure unabashed conservatism.

Interestingly enough, on a recent trip to New York, the feeling amongst the Republicans I spoke with was we lost because Romney and Ryan were not moderate enough, and Ryan of course being the sinker.

At this point the Republican Party is as scattered as the lost of tribes of Israel in the Diaspora. The reality is, we have no room in our country for a third party. We can be the party of the big tent, but we need to start acting like it and taking our cues from the Democrats as to what we need to do to remain viable.

The Tea Party Conservatives rebelled against the GOP establishment in many cases and contributed to the November losses. But the most significant lost opportunity, in my opinion was ignoring the rising numbers of young Libertarians.

If we do not nurture the growing movement of Libertarian leaning young people joining our ranks, they will leave and become Libertarians and our party will die.

Recently Speaker of the House John Boehner stated his belief that Barack Obama intends to annihilate the Republican Party.

Make sure you’re standing in front of a mirror Mr. Weaker when next you hurl that accusation. After getting faked out of your shorts last year over extending the Bush tax cuts, you did a fine job of hammering Obama’s agenda through the fiscal cliff over which the middle class fell.

I am not sure which branch of this party can unify us, but I know it won’t be the red shirt democrats/aka GOP establishment leading us anywhere except to oblivion.